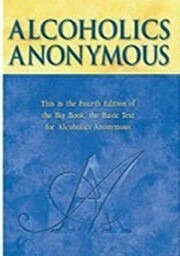 Originally published in 1939, when A.A. membership numbered about one hundred, Alcoholics Anonymous has steadily grown in readership. By the time the second edition appeared in 1955, membership had reached over 150,000, and the Big Book, A.A. members’ fond title for their basic text, had reached a distribution of more than 300,000. At the time of the third edition, in March 1976, the worldwide membership of A.A. was estimated at 1 million or more. The basic text, pages 1-164, which had been the foundation of recovery for so many alcoholics remained, and still remains, unchanged.

Save this product for later